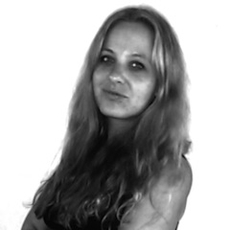 Welcome to Code for South Africa’s Data Desk. Our mission is simple: To make corporate data freely and publically available, and to empower you to hold the right people in the corporate sector accountable when they do things that affect your everyday life.

Think of it as a corporate data hotline. Email us on datadesk@code4sa.org, and ask us for the corporate data you’re after, and we’ll do whatever we can to help you out. We believe that you should not have to pay for information about companies that’s held by the state, affects your life, and should legitimately be public.

What do we mean by corporate data? This is data that empowers you with the information you need to hold the private sector accountable. You could be a community member, wanting to know who owns the company that is developing a piece of land near your house. Or perhaps there’s a mine near your house and there seems to be some opacity around who its shareholders are.

Maybe you’re a journalist or researcher looking to investigate beneficial ownership (the people who really benefit from an entity, beyond the legal owners). We can’t promise that we’ll get every document you need, but we’ll sure as hell search to the ends of the earth trying.

There are a couple of disclaimers, of course. Firstly we’d like to make the data we find public, within the bounds of ethics. This is so that others, like you, can access this information in the future. Secondly we’re not in the business of writing exposés. That’s up to you.

So, why are we doing this? Well, a few reasons really. As an example, it’s estimated that Africa loses about US$1-trillion through illicit financial outflows every year. It’s also estimated that if Africa could stop the bleed, it would collect enough in taxes that the continent would be able to wean itself off of development aid. These are taxes that should be plowed back into host countries to fight poverty, buy medicines, and improve the lives of ordinary people.

There are two reasons why companies get away with syphoning their profits offshore and robbing their host countries of taxes they should legally be paying. Firstly, research currently before the African Union suggests that weak or corrupt governments don’t have the capacity, and often the will, to stand up to the corporate world. Secondly, we simply don’t know enough about who owns what in the corporate world, or the ins and outs of beneficial ownership, and this allows companies to get away with corruption, theft, and even dodgy dealings with Sierra Leonian warlords.

This is not the only reason, but it’s a big part of why Code for South Africa is going after corporate data. The media and civil society in particular are frequently accused of ignoring white-collar, or corporate corruption. This criticism is often unfounded. Investigative journalists like Lloyd Gedye have been reporting on construction cartel corruption for years. His is part of an extensive body of work into corporate corruption by journalists around the world. The most recent and obvious example of this is, of course, the Panama Papers stories.

And civil society has made many significant interventions into the broader push for corporate accountability. The Centre for Environmental Rights recently released a report called Full Disclosure which measures the social responsibility of large corporations in the environmental sector. Not to mention the Alternative Information and Development Centre’s investigation into Lonmin’s offshore profiteering, in the wake of the Marikana massacre, that not only fed into a larger body of investigative journalism around the massacre, but formed part of the evidence heard before the Marikana Commission of Inquiry.

These are important attempts at holding the corporate world accountable. But it is not enough, and there are a few reasons why: Probably the biggest reason why corporate scrutiny doesn’t feature as prominently in the media and civil society spaces is because it is difficult to do. This sounds like a lame excuse, but is an important one.

Knowing who the directors or shareholders of a company are requires buying records from the state, or third party companies who collect that data, often at a significant cost. Information that should be public often isn’t, or it is difficult to find, and resource intensive to collect and analyse. Importantly, this data often isn’t available in bulk, so large-scale analysis is often impossible.

And there is an almost complete blackout of data that reveals beneficial ownership, which is vital to understand who really benefits from corporate profiteering. A key commitment of the Open Government Partnership is to ensure beneficial ownership is made public. There’s a fair amount of data that companies must make public, to ensure they operate fairly. Workers should be paid fairly, taxes should be paid, and profit-seeking should be weighed up against the environmental and societal consequences.

That can’t happen unless the private sector and the state opens up this information to the public, by making it more easily and freely accessible. We don’t believe this is happening enough, and want to do something about it. That’s why we have already opened up government gazettes (which in some cases you had to pay to access, until now). That’s why we’ve taken the information about tenders from those gazettes and released them on our open data portal. We’ve also opened up some company information by extracting it from government records, and made over 90 000 records from the JSE searchable.

This is just the start. But we need your help. We’d love to hear from you, so please get in touch with us on Twitter, @Code4SA email datadesk@code4sa.org, or join our discussion forum and talk to us about what data we should be collecting, how we can help you find the data you need, and explore what we’ve already put out there. Together, we can lift the lid on the murky world of corporate data.