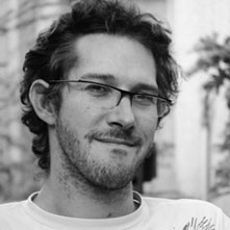 What NGOs can learn from start-ups about failure

This article originally appeared on The Daily Maverick

I’m new to the non-profit, civic society space. This time a year ago, I was watching my start-up, 10Layer, fail quite spectacularly. A software company with its own open source content management system, it had had some success, but by August 2013 it was suffering from two terrible failures that its founder had been blind to.

The first mistake was to not replace annuity income as it was lost. As big contracts came to an end, I failed to renew them or replace them - instead I went for project work, which wasn’t as reliable and sucked up all my resources in sales cycles. The second was creating a single point of failure - myself. The lack of consistent income and the amount of project work meant that I didn’t replace staff as they left, preferring contractors on a per-project basis. And when I went into a bit of a tail-spin in the second half of last year, so did the company.

Two failures, and two very important lessons that I’ll never forget. They really hurt at the time - they still do - because failure hurts. But the next time I start a business, I’ll structure it to overcome these failures, and my next business will succeed more than 10Layer did.

It’s what’s called, in entrepreneur parlance, “failing forward”. Failing forward has become a bit of a motto for me, in work and life. If I screw up, I need to make sure that it’s a positive screw-up; that I learn from it; when I dust myself off, I need to be further forward than I was before, even if it means falling on my face to make a few metres.

But it’s this culture of embracing failure as part of the process of running a business that also makes us the most successful. You won’t find management at large corporates speaking openly about their failures. That’s because they need to always look good, strike the pose, and justify their fat pay cheques. And that’s why there’s this whole “disruption” thing. Corporates love to sit with their heads in the sand, which makes it easy to come up behind them, kick them in the ass and take their lunch money.

Entrepreneurs take out entire industries, leaving once-massive corporates wondering what the hell just happened. Film photography is an often-quoted one, with Kodak going from hero to zero in an instant. For the younger reader, perhaps you remember Nokia, previously the largest cellphone manufacturer in the world, put out of business by a company that does internet search and has a mobile phone OS as a sideline. People who have a high failure tolerance have taken out newspapers, reformed air travel, and are currently working on rewiring space exploration, the telecommunications industry, the automotive industry and banking.

So what about NGOs? Ironically, the organisations that are meant to be changing the world aren’t nearly as good at it. People who work at NGOs are just as passionate, just as smart and just as capable as your average start-up. They’re also small and don’t mind eating tinned tuna and mayonnaise for a month. They’re more like start-ups than like large corporates. But they’re just not as effective. Why is that?

I think that the problem is the fear of failure in NGOs; a fear of failure that’s a symptom of the way the environment is structured. NGOs rely heavily on grants, which are supplied by funders. In between the funders and the NGOs are these mysterious, powerful people who allocate money and look after projects. Their one job is to set objectives and outcomes for the projects, so that they can measure the success of the projects they invest in. Their other job is to report to the funders about how well the projects are all doing. Provided all is going swimmingly, the projects get more funding.

The problem is that this system leaves no room for failure. As an NGO, you basically sign a contract for each grant saying that you’ll achieve certain objectives. These projects run for months at a time. As an entrepreneur, you might try something for a week, find that it’s failing, throw it away and try something else. In NGO-land, you’re committed to a path for the long haul, and even though funders and the mysterious middle-men and -women might be open to change, it’s a process involving paperwork and negotiation instead of action and movement.

Your next round of funding is based on successes, not failures. It doesn’t matter how many lessons you’ve learnt, if you don’t eventually tick some boxes, no-one is going to give you any more money. Sure, as an entrepreneur, you’ll also only get money if you’re doing something right, but there’s a significantly higher level of tolerance for failure in that process, providing you’re learning from that failure.

And most importantly, there isn’t a culture of accepting failure in the NGO space. Listening to NGOs speak at a conference makes you think that they are super-human, never putting a foot wrong. Very seldom does someone say, “Well we tried this thing, and it was a total disaster, so we tried that thing, which didn’t work at all either. Next, we might try this other thing.”

That’s exactly what I did at the Open Knowledge Festival in Berlin last month. In a rather oversubscribed workshop on data journalism in developing countries, we were asked what has worked and what hasn’t worked for us. Six months into our data journalism internship programme, I stood up and in my entrepreneurial manner, candidly discussed our failures in our internship programme.

The programme placed two data journalism interns in newsrooms for five months after one month of intensive training with us. Sounds simple, right?

We made a series of mistakes. We took too long in identifying the candidates. By the time we had advertised, short-listed and finally identified two successful applicants, a couple of months had flown by.

We didn’t allocate enough time for training. Both the candidates were post-grads with journalism creds, but we were way off on our expectation of what a University graduate should know. We gave each a month of intensive training, and this just wasn’t enough. They really needed at least a year of real-world experience.

Next, we embedded them in newsrooms, but without a specific project on the table. They were just the “data journalism intern”, which meant everyone wanted a piece of them. Next time, we’ll go in with a single project, so that they have the power to say “no” to the myriad of editors who are salivating for data journalism.

And there were a bunch of other mistakes, small and large, around identifying partners, contracts, ownership, etc., etc.

We’ve learnt quickly. The first intern left after a short time in the newsroom, but the second intern is showing promise. We’ve pivoted the programme dramatically, and are now focused on older, experienced “Fellows”, they’ll have a specific project to work on, and they’ll be more empowered to say “no”. The whole experience has embodied the “fail forward” principle perfectly, and we’ve worked closely with our funders to ensure that we’ve been able to implement our lessons and change quickly and effectively.

I was quite surprised at the reaction at the workshop. The host told me afterwards that she’d gone through a similar data journalist internship experience, and said that if only we had a forum to share failure stories, NGOs would be able to learn from each other. We needn’t have committed the same mistake that she’d made. We spoke about a “Fail Conf” for NGOs, which I think is a brilliant idea - a forum where NGOs can fearlessly share their mistakes, and start learning to fail forward.

Whether the hegemony is ready for that is another question.

I didn’t see a problem with discussing our failures publicly at the time, but I’ve heard rumblings that my little speech has resulted in a threat to our funding. Seriously?

The funny thing is that the NGO space has taken on a lot of the start-up lingo - disruption, failing fast, pivoting - but the truth is that walking this walk is impossible in the current environment, if you rely solely on funders. That’s one of the reasons that we secure as much income from other sources as possible, to give us the freedom to fail, pivot, and constantly improve ourselves, our projects and our organisation.

Because at the end of the day, there is only one irrevocable failure, and that’s the failure to learn from your mistakes.